More Than A Platform 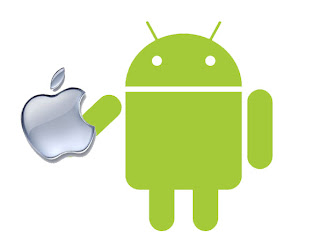 If you haven't known me for an extended period of time and haven't read my blog post "A Cold Day In.... Boise," you would't know how narrow minded and stubborn I was when it came to operating systems and technology options. (sports teams too) I was not a Windows "fanboy," by any means but I refused to use or even acknowledge Apple products. It is true. I was an Android enthusiast (still am) and was determined to use my Android based tablets no matter how far they fell short in the area of apps and functionality in K12, and home too. My windows laptops and desktops didn't wow me, but they worked just fine for what I needed them to do.

OK, so I've come clean and admitted my stubborn biases, but please let me explain. As a Windows user, I never really doubted that Apple products like Macbooks or iPads were powerful pieces of technology, but the attitudes of a lot of Apple users really turned me off to all things Apple. Seriously, the words "It just works," or "Macs don't get viruses," were like nails on chalkboard while chewing on tin foil to me. Both online and in person some of the people I knew were so pompous when it came to talking about their precious Macs and iPhones that I would rather learn Linux or rock Windows Vista rather than succumb to caving to such haughtiness. Not only was I obstinate about not using anything Apple, but I  adamantly found ways to perform tasks both personally and in the educational environment even if it took hours of pain and anguish. I was pretty hardcore.

As I blogged previously here I've been learning extensively about all the fantastic educational technologies that are available for students and teachers. Additionally I've been reminded that it is not the device or technology that should be the primary focus but the learning process and desired outcomes we want as educators that is of utmost importance. I've also done pervasive reflecting and self evaluating in all that I believe and do in my career as a teacher-turned-technology-coordinator. It really was on that "Cold Day In.... Boise" that many things began to manifest and evolve for me both personally and professionally. Thanks to attending a great conference, and meeting a dear and long lost friend, my heart and mind were changed in many ways.

Some of my friends and family members will be shocked by what I'm about to write next. I'd say it started when traveling to China 2 years ago, to meet our 2nd daughter, Gemma, we bought an iPad2. Honestly, I loved it. It was thin, light, fast, and extremely easy to use. I still refused to let myself believe I could actually embrace it, however. But it only took a few months to see how value of a tool it was for not only our ELL daughter, but our 7 year old as well. I begun to see the thousands of ways this device could be used in a classroom by both students and teachers. OK, nothing Earth shattering so far right?

After buying our family the iPad2 and then returning from China, I had to experiment and learn more about this device and platform. I got an iPad at work. Slowly the demand and popularity for iPads grew in our district and this year after a few trips to conferences and connecting with many fantastic educators and administrators both in person and online, I was convinced we needed to deploy these in areas where they would transform teaching and learning. We purchased a few iPads here and there and then it happened. We took a leap of faith and purchased 3 classroom sets of iPads instead of textbooks in our high school. This required a more intensive model of deployment that was most efficient when using Apple's configurator (along with an MDM we would evaluate and learn later) which was easiest to run from a Mac. Yes, a Mac! What was happening to me?!

As part of the learning curve we purchased some Macbook Air laptops to help manage the growing population of iPads as well as to learn more about all things Mac. I took ownership of one of the Macbooks and I have to say I liked it much more than I wanted to. It was simple, easy to use, and very fast. Additionally, battery life was fantastic and this thing went into sleep mode and woke up like nothing I had ever used. It. Just. Worked. Ahhhh. I didn't say it but I thought it, which is just as bad! I found so many tasks that were agonizing on a PC were smooth as butter on the Mac. I made a birthday greeting video compilation by using my iPad and the webcam on the Macbook Air and had them combined and rendered in under an hour. I later made a slide show for my golf team and it was exponentially more pleasant and easy than the previous 10+ slideshows I had made on a PC.

So, enough tech mumbo jumbo. What is the point of this blog post? Well, I guess primarily (see I still can't believe it) my point is that I really like my Mac. In fact, when my laptop refresh is up, I will strongly consider a Macbook Air or Pro for my portable device. I also really like iPads. I love Google Chromebooks too! But it's more important than that. I'm not anti-Windows or anything like that. But I'm realizing that it is important to identify what outcomes we want as well as what we want to do with a particular device or devices, when we consider what we will use. Some environments, like Education have unique needs that can be met more effectively by one platform or another. Further, as technology continues to evolve the OS platform becomes less and less important.

So I have a Windows 7 desktop (don't care for Win8 at the moment), a Macbook Air laptop, iPad, Chromebook, and an Android Phone (Samsung Galaxy Note II). I am a technology enthusiast and I am proud of it! I'm excited to learn about more ways different platforms and devices can impact how we teach and how students and teachers learn together. It's an exciting time! 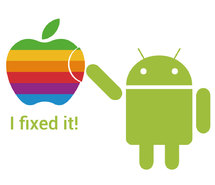 Popular posts from this blog

My Homework for Dean Shareski @shareski

By Simon Miller December 10, 2013
1. How do you feel about pants? On a seasonal and situational basis, I am a fan of pants. Further, my pet peeve is when people think outdated, or ill fitting "slacks" or "khakis" are more appropriate than stylish jeans. 2. What was the last movie you saw in a theatre? "Frozen" with my family. We rarely get to go to a theatre, so this was special. It was cold outside, and it is a holiday tradition for us so it was a wonderful time. I highly recommend the movie to anyone. Great music, effects, and message. 3. Where are your car keys? In my right vest pocket. I'm in a meeting and it's not warm in this room. 4. What time is it? 11:22AM Pacific Time 5. What’s the last tweet you favorited? Moss Pike @mosspike +1 #Google #eduGeek RT @msvalois: It's official. #google has changed my life! Amazingness! I am in love. #gafesummit 6. Outside of your immediate family, which relative do you like to spend time with? My in-laws. Seriously,
9 comments
Read more

How I Grew My Twitter PLN Without Even Knowing It

By Simon Miller July 10, 2013
So far 2013 has been quite a journey for me, both personally and professionally. But in the context of this blog, I'm going to focus on the professional/career side of things. (But hey, if you are interested in the personal side of things, my wife and I have a blog here .) In my tenure as a Technology Coordinator, I've been to a few educational technology conferences such as NCCE and IETA, but due to several circumstances over the last few years, I have not attended many such events. Before January of 2013, I had not attended a conference in roughly 3 years, just long enough to believe I wasn't missing anything important. Boy was I mistaken! Thankfully in January I attended my state educational technology conference in Boise. Little did I know it would be an event that would re-ignite and invigorate my energy to learn more about EdTech and reflect and evaluate all areas of how we do things in my district. The sessions at the IETA 2013 Conference were fantastic, but I
7 comments
Read more

By Simon Miller December 29, 2014
Great Wall of China, 2014 A while ago, I blogged about my family , and shared it on my social media communities. Because it was family/personal in nature, I naturally expected more feedback and interaction from some networks such as Facebook, because they tend to be more "casual" or  "family" focused than some of my others like Twitter and Google+. Much to my surprise, a few individuals, who I know primarily through connections made in the Ed-Tech-sphere, read my blog, and commented. I was grateful, and moved that they took the time to not only read my post(s) which for the past 6+ months, have been predominantly family focused and more personal than professional, but they also replied and offered sincere words of encouragement. During one such interaction (on Twitter) I found myself apologizing for the nature of my most recent blog posts, because they were not "Ed Tech" focused. My gut level explanation was that this was "just where I am right n
6 comments
Read more