Weighing the Costs of Being Connected 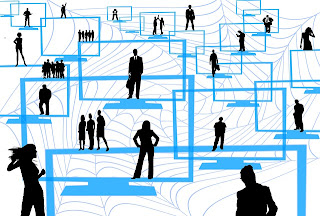 Anyone who is acquainted with me, knows that I am a technology enthusiast. I not only work directly with technology every day, and love it, but I also use technology in most of my personal endeavors as well. So when I made the decision to pull the plug on my Facebook account, it may have surprised a few people.

I still remember the moment I made the decision to quit Facebook. It was November, election week and the polarizing political banter had finally pushed me over the edge. I had been struggling with my Facebook experience off and on for a while and had entertained the thought of quitting multiple times, but this time I had had enough, so I deleted my account.

Up until a few weeks ago, I've had many mixed emotions since my decision to delete my FB account, and I've even created a new account from scratch, mainly to (re)establish communications with some dear friends, who for some reason or another use FB as their primary way of staying connected. But other than checking my new and very limited account 1 or 2 times every couple of weeks, I have not rejoined the masses and reached out to any "friends."

If I could go back and redo any of this, I would probably have explained my reasons for quitting and posted it for all of my original FB Friends to read, because many of them still don't know why I quit. Further complicating things was my creation of a new FB account. A great deal of my FB Friends list didn't know I deleted my old account, so when they discovered my new account (very similar name) they could only assume that I had "unfriended" them. In reality, as I look back, not even I knew why I quit. But I recently read a blog post I discovered from my Twitter feed that really explained a lot of what I had been feeling. That blog post by Adam Brault, titled "I quit Twitter for a month and it completely changed my thinking about mostly everything," had so many points that I directly identified with, it was scary.

Although he was talking about another Social Network, Twitter, Adam made some really powerful points throughout his post, and I can say I have experienced nearly all the emotions he described, but mostly with my Facebook experiences. Throughout all of my struggles with my emotions and experiences with Facebook, I was never quite able to pinpoint why I was feeling this way. But I witnessed the results of those struggles daily with interactions both directly and indirectly with what I read on my timeline. I wrestled with frustration and anger regularly when seeing what was posted, and how people acted. I constantly fought with who to "friend," and also who to "unfriend," and it taxed me emotionally, more than I knew.

One of the points I identified with from Adam's blog post, was the concept of "Dunbar's Number," which basically is is a theory that humans have a mental limit (approx 150) of how many people we can fully empathize with. Now, I'm not here to prove or disprove the concept of "Dunbar's Number," but I can certainly see how this can impact how we deal with our new method of connecting with hundreds of others using Social Networks and other technologies. Basically, our ability to truly empathize with others is different and much more taxing than sympathizing. So as we connect with hundreds (or thousands) of people the toll this can take on us emotionally can be significant as stated by Adam.

"But the problem that occurs is that it can be a huge mental lease we’re signing when we invite a few hundred people into our Twitter life. To some degree, it is choosing to subject ourselves to thousands of ads throughout the day, but ones that come from trusted sources we care about, so they’re actually impactful." Read more here.


Facebook was a valuable network for me, but it taxed me emotionally to no end. It stressed me out considerably to see people saying very hurtful things about things that I believed in and/or that were very important to me. Living in a small community also magnified things considerably. It really upset me to see people posting extremely negative and disrespectful things such as my school district, and also my community. On a larger scale, I took things personally when my FB Friends would post something about a political issue or other similar hot button topics. If I only knew why I was struggling with all of this. Again, it was not until reading Adam's blog that things really became clearer for me, and helped me work through a lot of my feelings. Another of Adam's thoughts that I really identified with is below: (Get out of my head Adam!)

"I’ll admit: I’m an annoyingly oversensitive person. I do believe this is both a strength and a weakeness [sic]. I have a tendency to go with my gut more often that not because it yells very, very loudly.

I also have a tendency to listen carefully to any criticism or disagreement I hear, internalize it, reflect on it, and evaluate it, then conclude some thought on it. Until I do that, it just sort of hangs there in my head. The degree to which it dominates my headspace is largely a question of how much it impacts me." Read more here


This is me word for word, and as I said, it is scary how much it hits home for me. I'm "annoyingly oversensitive," and have been this way my entire life. I, like Adam, also listen carefully to criticisms and disagreements I hear and continually wrestle with things. I struggle with unresolved thoughts and/or feelings and I let it impact my well being and how I interact with others, including my close family members. I don't want this to be something that detracts from my outlook personally or professionally, in person, or online.


Now that I am able to piece together some of what may have been causing me angst on Facebook, I can understand why I was feeling stressed and frustrated with my online experiences. I mean, I still really struggle with certain behaviors on social media sites such as Facebook, Twitter, Tumblr, Google+ and others. For example, in my opinion, Facebook (and other social networks) can really be a narcissistic activity, and there are other online behaviors that really bug me to no end. But I think I can deal with my experiences differently, knowing how I am wired (pun intended), allowing me to approach these connections with a different frame of reference.


For me, being connect is a really valuable tool. I love how technology gives us a myriad of ways to experience relationships both personally and professionally. My Twitter PLN (Personal Learning Network) has been invaluable in helping me to examine how I feel about education, technology, and my role in these areas. But thanks to Adam's blog post, I not only understand why I hit my limit with Facebook in November, but I can also be mindful going forward and strive to find a balance that will be productive and enjoyable going forward. If I can do those things and model activities both professionally and personally I think the benefits will far outweigh the costs.

Popular posts from this blog

My Homework for Dean Shareski @shareski

By Simon Miller December 10, 2013
1. How do you feel about pants? On a seasonal and situational basis, I am a fan of pants. Further, my pet peeve is when people think outdated, or ill fitting "slacks" or "khakis" are more appropriate than stylish jeans. 2. What was the last movie you saw in a theatre? "Frozen" with my family. We rarely get to go to a theatre, so this was special. It was cold outside, and it is a holiday tradition for us so it was a wonderful time. I highly recommend the movie to anyone. Great music, effects, and message. 3. Where are your car keys? In my right vest pocket. I'm in a meeting and it's not warm in this room. 4. What time is it? 11:22AM Pacific Time 5. What’s the last tweet you favorited? Moss Pike @mosspike +1 #Google #eduGeek RT @msvalois: It's official. #google has changed my life! Amazingness! I am in love. #gafesummit 6. Outside of your immediate family, which relative do you like to spend time with? My in-laws. Seriously,
9 comments
Read more

How I Grew My Twitter PLN Without Even Knowing It

By Simon Miller July 10, 2013
So far 2013 has been quite a journey for me, both personally and professionally. But in the context of this blog, I'm going to focus on the professional/career side of things. (But hey, if you are interested in the personal side of things, my wife and I have a blog here .) In my tenure as a Technology Coordinator, I've been to a few educational technology conferences such as NCCE and IETA, but due to several circumstances over the last few years, I have not attended many such events. Before January of 2013, I had not attended a conference in roughly 3 years, just long enough to believe I wasn't missing anything important. Boy was I mistaken! Thankfully in January I attended my state educational technology conference in Boise. Little did I know it would be an event that would re-ignite and invigorate my energy to learn more about EdTech and reflect and evaluate all areas of how we do things in my district. The sessions at the IETA 2013 Conference were fantastic, but I
7 comments
Read more

By Simon Miller December 29, 2014
Great Wall of China, 2014 A while ago, I blogged about my family , and shared it on my social media communities. Because it was family/personal in nature, I naturally expected more feedback and interaction from some networks such as Facebook, because they tend to be more "casual" or  "family" focused than some of my others like Twitter and Google+. Much to my surprise, a few individuals, who I know primarily through connections made in the Ed-Tech-sphere, read my blog, and commented. I was grateful, and moved that they took the time to not only read my post(s) which for the past 6+ months, have been predominantly family focused and more personal than professional, but they also replied and offered sincere words of encouragement. During one such interaction (on Twitter) I found myself apologizing for the nature of my most recent blog posts, because they were not "Ed Tech" focused. My gut level explanation was that this was "just where I am right n
6 comments
Read more